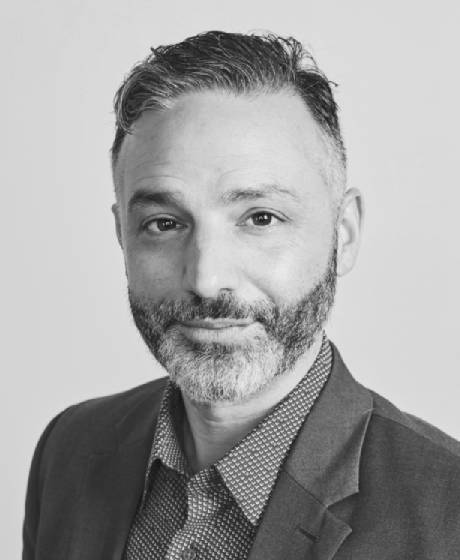 Zack grew up in rural southeastern PA. Armed with degrees in Theater and Philosophy from Muhlenberg College in Allentown, he had zero job prospects, so he moved to London to pursue theater.

Two years later his visa expired, and he did what every other American theater major does –he moved to NYC. Zack spent 8 years in Brooklyn running theater companies and working in restaurants to determine that NYC didn’t need another theater or restaurant, and he looked around to see that he was in a homogeneous bubble.

Knowing there were many people who thought differently than he did, he went on a 22-city road trip across America over the summer of 2007 and settled in Des Moines, IA. Knowing no one inIowa, Zack got to work meeting as many artists as he could in order to found the Des Moines Social Club in 2009, a non-profit arts and education center that hosted thousands of arts-related events.

In 2020, Zack, along with his partners, created Atlas Community Studios, a placemaking and economic development group working in 25+ states. Zack founded Alquist 3D at the same time in order to solve the rural housing crisis. Alquist 3D is printing affordable housing across the nation, starting with the first owner-occupied 3D home in the world in Virginia.

He serves on the boards of Iowa Public Radio and the Iowa Rural Development Council. He lives with his wife Sarah and their three kids Mira, Benjamin, and Fiona in Iowa City. Zack is an Opinion Contributorfor The Hill and his work has been written about in the New York Times, Washington Post, CNN, NBC News, CBS Evening News, Axios, Time Magazine, Architecture Digest, The Independent, Politico, The Atlantic, and dozens of community publications. Zack loves exploring rural communities, producing new pieces of theater, creating restaurant concepts, and has an unhealthy passion for the Philadelphia Eagles.